Silver and bronze in our team! 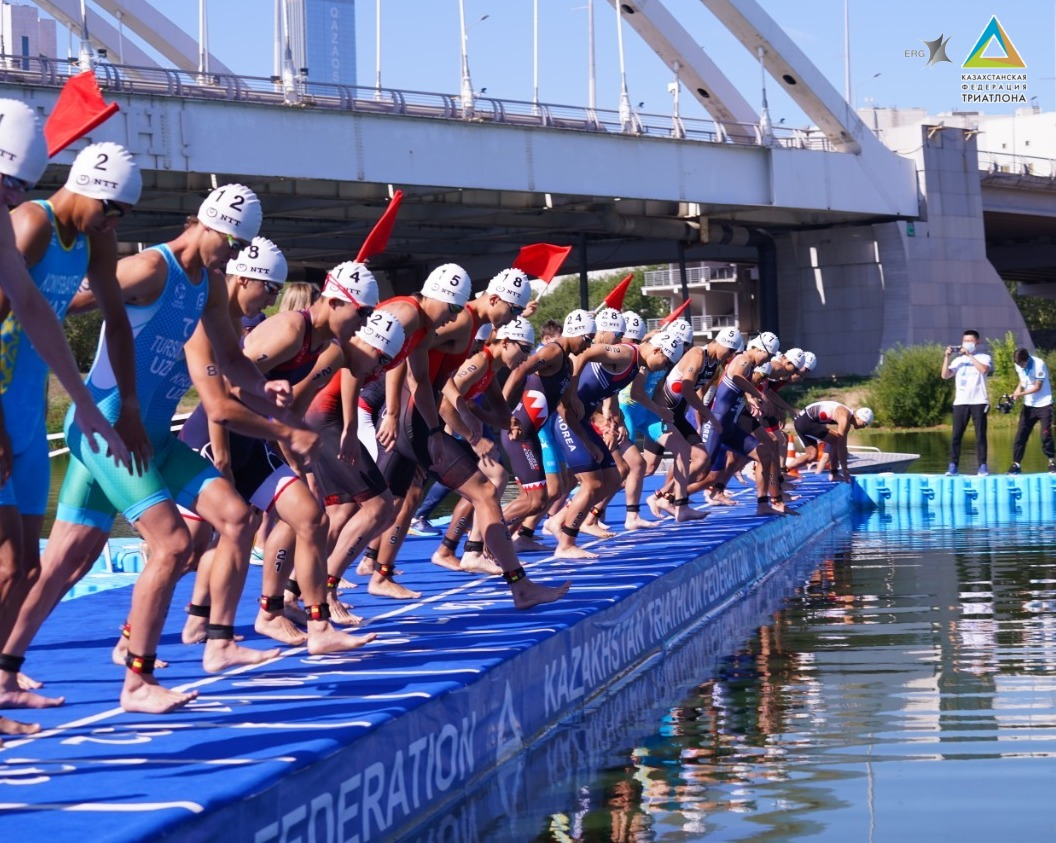 July 23, Nur-Sultan hosted the Continental Triathlon Championships - Asian U23 and U19 athletes' championships. This large-scale sporting event was planned back in 2021, but did not take place due to the unstable epidemiological situation. It is worth noting that this is the first time our capital city is hosting the participants of the championship in these categories.

More than 100 participants from 13 countries took part in the competition. Among them are Japan, Korea, Hong Kong, China, Kyrgyzstan. Athletes of these Asian countries are the leaders of the ratings in these categories. In these regions, the development of triathlon is gaining momentum every day.

Kazakhstan was represented by 15 athletes, including our promising athlete Daryn Konysbaev. Today he showed a great result and took second place on the podium of the U23 category. First and foremost the silver medallist thanked the Kazakhstan national team, namely Kirill Rozhkov, Daniil Zubtsov, Alikhan Abuseit and Yerasil Amanzholov and noted that without the well-coordinated teamwork displayed today by his colleagues there could have been no second place.

Daryn Konysbaev was beaten by Oscar Coggins of Hong Kong, who set a high pace from the start and in the end finished the three stages in 1 hour 51 minutes and 14 seconds. In third place went to China's Qing Chen. He had a good time advantage in the beginning of the race but it did not help him to be ahead of his rivals at the finish.

In the women's U23 category, two teams, Japan and China, were in the lead throughout the race. The athletes, showing their athletic tenacity, made it to the top three winners. The podium was won by Izumi Ikeguchi of Japan with a time of 2:10:26, a fraction of a second ahead of her rivals.  And China's Wen Wei and Xinyi Lin took silver and bronze. Three girls took a tumble in the opening lap of the cycling race. The two Kazakhstani women were able to react quickly and continue racing. The incident may have played a part in influencing the rest of the start for our compatriots.

It is worth noting the excellent preparation of the Japanese team of athletes. During the whole championship their representatives were leading practically at all the stages of the race. In the U19 category Japan's Mako Hirazumi took first place, while Manami Hiyashi took second. And Charlotte Hall, a junior from the Hong Kong team, took bronze. The trio was already among the leaders after the swimming stage and shared the podium.

In the Junior men event, Japan's Amu Omuro and Takuto Oshima took first and second places respectively.  Another Kazakhstani athlete, Egor Krupsyakov, was also among the winners.  His bronze medal was a great ending to today's sporting event.

Vice Minister of Culture and Sports of the Republic of Kazakhstan Serik Zharasbaev and General Secretary of the Kazakhstan Triathlon Federation Maxim Kryat participated in the awards ceremony. In his interview Maxim Kryat noted that during the preparation of our team for the Championship a lot of work had been done. During the training camp, coaches and athletes achieved all the goals they had set. He congratulated the winners and wished them to always move forward and never stop on their way to greater goals.