Uralsk for the first time will take the republican championship in triathlon! 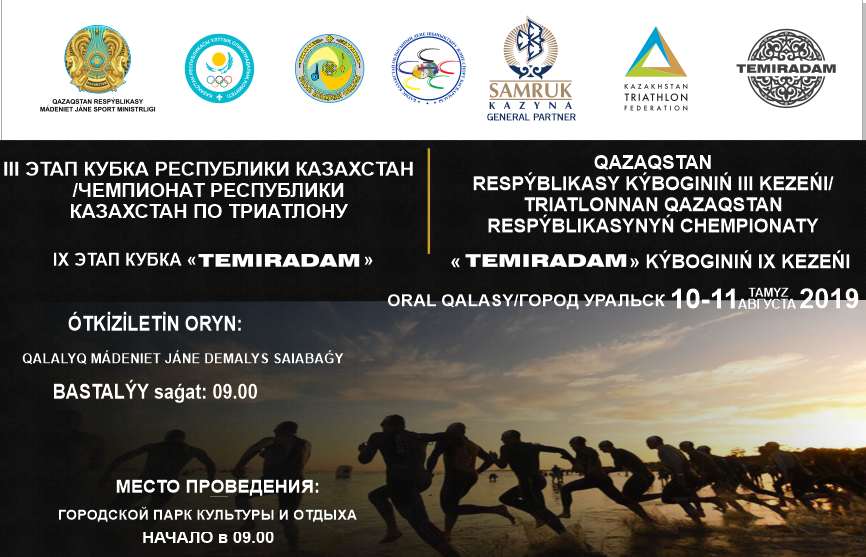 On the first day, Elite athletes will determine the winner of the third stage of the National Triathlon Cup. Athletes of categories U17, U19 and U23 will compete in the framework of the Triathlon Championship of the Republic of Kazakhstan. On the second day Age Group athletes will perform.

National Triathlon Championship and Cup - Republican triathlon competitions among professional athletes held under the auspices of the Kazakhstan Triathlon Federation.

Organizers of the competition: Department of Sports and Physical Culture of the Mangystau Region, Kazakhstan Triathlon Federation.

The objectives of the competition are:

- promotion of a healthy lifestyle and the formation of positive attitudes;

- involvement of the population in triathlon;

- development and popularization of triathlon in the Republic of Kazakhstan;

- improving the level of skill and qualification of Kazakhstani professional athletes, coaches and technical delegates;

- identification of the strongest athletes.

As part of the competition, professional athletes will compete in several disciplines and distances:

Up to 100 athletes from different regions of the republic are expected to attend.

The IX stage of the TEMIRADAM Cup is the national triathlon tournament among Age Group athletes, held in order to popularize and develop the triathlon among the population.

Up to 70 amateur athletes are expected to attend.

Triathlon is multisports race, consisting of continuous successive passage by its participants of three stages: swimming, cycling and running, each of which comes from an independent cyclic sport. At the international level, the triathlon and its related modifications to multisport racing are regulated by the International Triathlon Union (ITU), which unites 123 national federations of the world.

TEMIRADAM Triathlon Cup is a stage of the national triathlon tournament among amateur athletes, held to develop and popularize the triathlon among the population.